LOL I invented a new challenge for WDW Marathon Weekend where you run even more than the Dopey Challenge. I was basically sprinting across Seattle airport to make my connecting flight to MCO because the de-icing of the plane in Vancouver delayed flight #1 today. And of course when the flight attendants ask other people to stay seated until the passengers with less than 60 minutes to connect are off the plane, EVERYONE stands up and starts wrestling around with uneccesarily large carry-ons. And I was in row 30. Seriously people.

So ya. My challenge, you run 1km frantically on day 1 before even getting to Disney. Minus the almost-heart-attack situation, I made it to Orlando on the correct flight, even a bit early. It was my first time flying with Alaskan Airlines and I got a really good first impression and will fly with them again. The couple sitting next to me said they always fly Alaska when it’s an option. Noted ✔ (look at their cute carry-on) 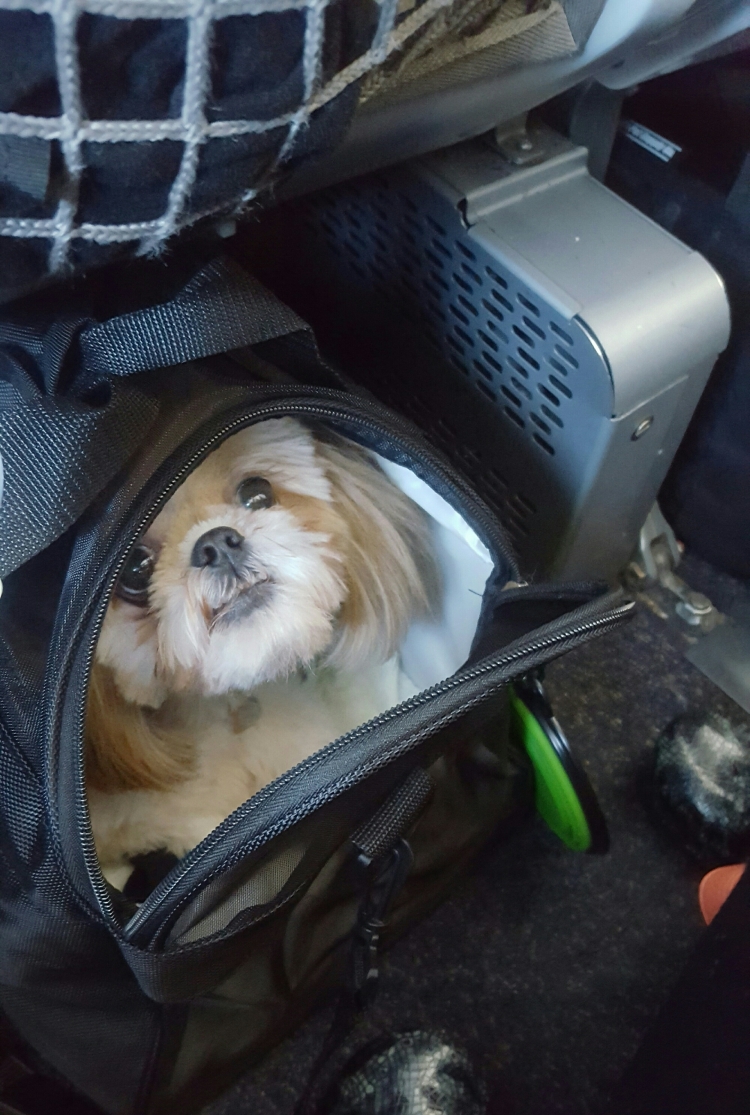 Arriving at MCO I got to the carousel and saw lots of mad people. Turns out a baggage belt broke at SEA-TAC and tons of bags got left behind. Including mine HAHAHA good thing I pretended this would happen when writing my packing post and my carry-on is golden! Checked bag should be delivered tomorrow and it was so awesome to have no reason to freak out. Be super smart about that carry-on!!!

Got picked up by my friend Ches from The Kor Project (THANK YOU SO MUCH) and we went straight to ESPN Wide World of Sports Complex for package pickup (about 35km from the airport to the expo.) AHHHHHHH wooo

It wasn’t as busy as I expected and getting bibs and shirts was really easy. I was given two 1/2 marathon race shirts by accident so I got seven race shirts! It’s a good one too since it’s the 20th anniversary of the half-marathon this year. I got excited and picked up a Minnie-themed tank top at one booth and a Minnie skirt 😉 from Kelly and the ladies at the Sparkle Athletic booth (which Alaskan Airlines will be reimbursing, lol) for tomorrow since my costumey running accessories are in the checked bag. This is a really good expo, and the official Disney gear is awesome. There aren’t costume types of  things like ears though so if you’re looking for that kind of thing you’ll need to go elsewhere before or after.I was hoping for some last minute mouse ears but no luck. Lesson learned.

My accomodation is perfect so far!! The AirBnB hosts have it stocked with snacks, a case of water, K-cups and even peanut butter and bananas after asking me what my favourites were! I’ll see how it goes with Uber in the super early morning before telling you to stay here when you come down for a runDisney event, but it’s just 10km to Epcot which is the same distance as some of the actual Disney resorts. And like a fifth of the price.

Not the smoothest day, I’d recommend allowing more travel time on the way here to avoid stress, especially since it takes all day long to travel from Vancouver with the time change. But it worked out and there’s nothing I’m missing for the 5km race at 6am! GOODNIGHT ❤

2 thoughts on “Day 1: getting to Orlando & the runDisney Health & Fitness Expo”