Countdown is on til marathon #7! Coach Andrew is heading on a two week vacation in a few days, so I’m ready to wrap up the last of this race prep on my own and hopefully have a good report for him once he returns! Lifelong Endurance really encourages us to listen to our bodies, so if I need a rest day or a light cross training to substitute a run, I can make that decision on my own. Love them.

The title of this workout is “mile reps & sharpening cut downs” ahahha! Sounds scary, but also gets me fired up!

I was so excited for this that I got on the treadmill before eating breakfast. Then I couldn’t run a fast mile and I realized I should eat. Good warm up haha. 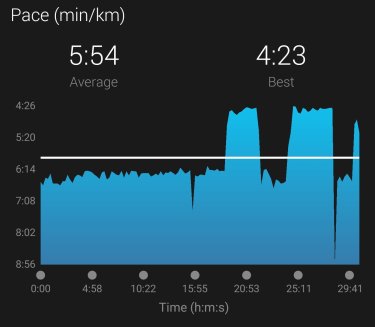 Breakfast, nap, try again. Managed one, but couldn’t run a second mile at the prescribed pace to save my life, so I hit the 200s. I have learned something in the last few weeks – I need to take post-32k run recovery more seriously, because I’ve been super tired the last two Mondays. More chocolate milk, protein, carbs and when I do go to work after, more sitting!! 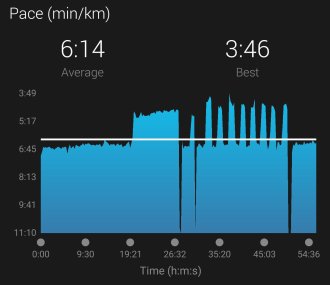 8k aerobic – saved this for the evening so I could rest the body a little longer. Felt good! Port Ed is hilly! 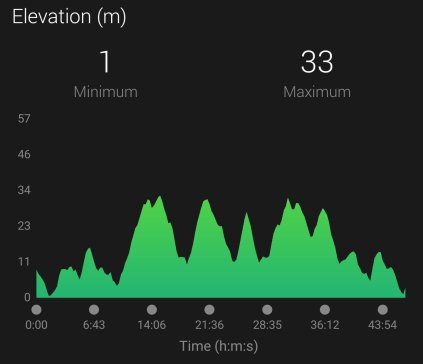 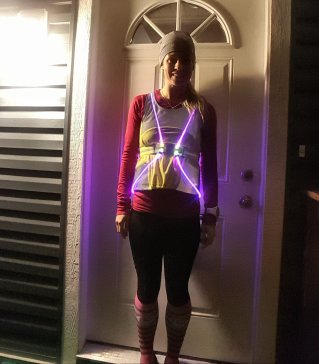 Non-running day! I went to the pool before work and had another awesome swim! 1250m of front crawl and breast stroke. 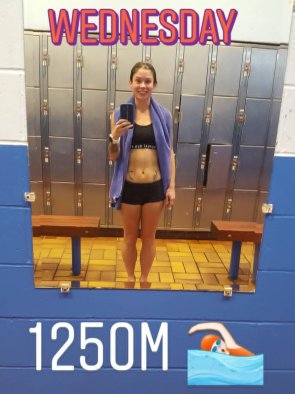 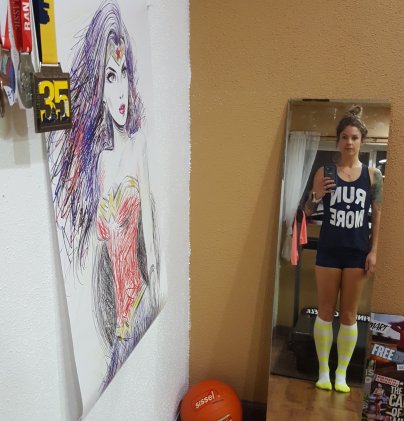 Never in my life did I imagine I’d run paces that started with four. Once I wrote a post about a previous hangup on 5:xx paces. Believing random shit about one’s self is a surefire way to impede progress, and I did just that for quite a long time. Sometimes the plans my coach gives me look scary at first, but I have nothing to lose. I don’t always nail them, but no matter what happens it always ends up being a killer workout! You have nothing to lose, either. Progress doesn’t come from doing the same thing day after day, that’s for sure.

OH! Remember last week when I got off the treadmill to check if it was actually on an incline? IT WAS. I just didn’t inspect it well enough. I got the tilt unstuck by setting it to -3, letting it go alllll the way downhill, and then pressing zero, which allowed it to come back to flat! What a relief!!!! It’s no wonder I couldn’t run those mile repeats confidently on Monday!!! This workout went REALLY well and I needed that. I even added a seventh 400m rep during the cool-down cause I was feeling goooooood! 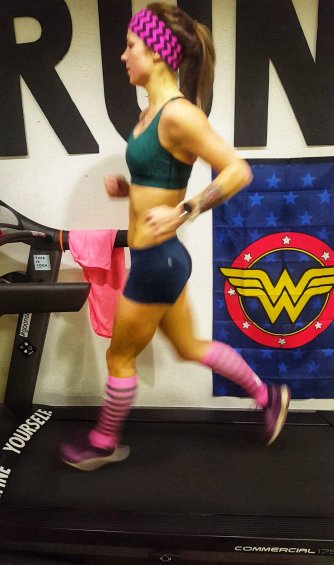 8k aerobic with Bailey & Andrea! Beauty day and a nice, steady pace with a faster finish. 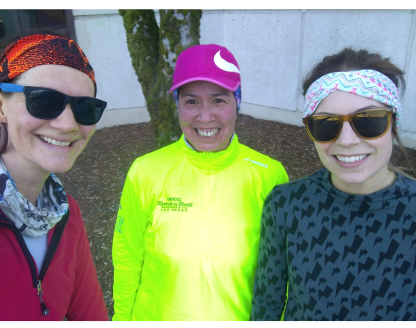 Prescribed was a 22k long run with last 15:00 at goal marathon pace…which, at this point, I’m not sure exactly what GMP is..

We ended up running 20k with no special finish. A very tired day, but beautiful out and fantastic company. First half was alright, second half was struggle bus. Crystal saved me, as she has many times before! 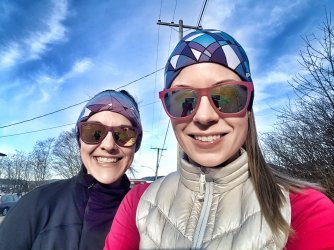 Went up Mount Hays with husband in my truck, and then ran down when it was time to wrap up the day. The downhill is good practice for Phoenix! I ran/hiked around up top for a good portion of the afternoon, and then ran a quick 6km down to the bottom. 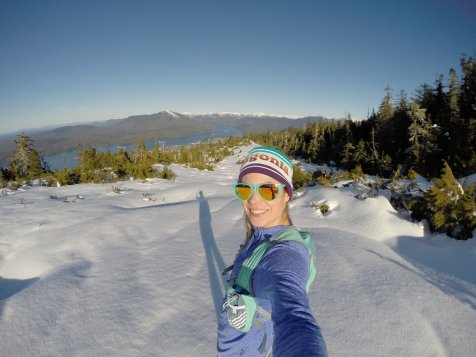 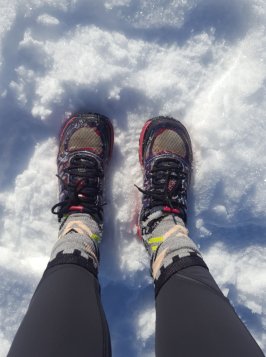 Now we’re meeting friends for dinner, but I have a strength and stability routine from Runner’s World planned for later this evening. Less than a fortnight (ahhaahaha) until race day!!!!!!! Anybody else have an event coming up quick?